NO DATA ON MIGRANT WORKERS' DEATHS: WHO IS TO BLAME, THE GOVERNMENT OR THE 1979 LAW? 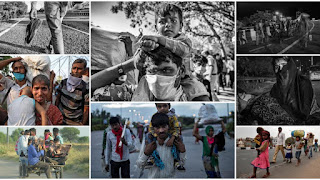 Introduction The Central Government's refusal to compensate the families of the migrant workers who lost their lives on their way home during the 6 months nationwide lockdown has sent shockwaves across the country. The monsoon session, being the first Parliamentary session since lockdown, was conducted on 14th September 2020 and the Central Government was questioned and criticised for its ineptness, inhumanity and denial. When 10 Lok Sabha MPs posed questions related to the death of the migrant workers, the minister of state for labour and employment, Santosh Singh Gangwar replied, "No such data maintained. The question does not arise in the view of above." In response, Rahul Gandhi tweeted, "If you have not counted, have the deaths not taken place?" Congress MP AdhirRanjan Chowdhury called the Central Government a "no data government ".   The Exodus and the Government's Response to it According to a news piece from the Times Of India, it is
Post a Comment
Read more

The factories Act, 1948: Health, Welfare and working hours of adult’s.

November 04, 2020
Background History of factory legislation : The factory legislation in India is established at a large scale of factory industry. In India, the first Factories Act was passed in 1881 by which children were allowed to work for 9 hours a day and from age of 8 onwards. With the growth of the industrial sector, demand for growth of industries set up also increased. This demand came out in the form of legislation i.e, the Factories Bill, was introduced in 1948. The objective of the Factories Act, 1948 The main objective of this act is to provide work to labour class for their livelihood. It provides the employees to work in healthy and hygienic conditions. This act also provides employees with various benefits for their safety. In State vs. Ardeshir Hormusji, it has been stated that ‘ the main objective of the legislation is to regulate the labour and to pay adequate attention regarding health and safety by the employer.[1] Health Section 11-20 of the act states about health f
1 comment
Read more

October 14, 2020
“All great changes are preceded by chaos.” -         Deepak Chopra In the era which has the ideology of Humans greater than God, there came a huge blow of fatal incidents that shook the equilibrium of the system of the whole world. Starting from Australia’s Bushfire to the Coronavirus and   many other mankind or natural disasters like the Bangalore riots or Locust attack, 2020 is considered to be the “ death spell of the Death Eaters.” But as “change is the only constant”, human beings have not yet given up in making things normal or adapting the “new normal.” There have been constant efforts to prepare vaccines against Covid-19 throughout the world and I am sure that we will get through these hindrances very soon. Stating the phrase of “new normal”, the changes adopted in 2020 paves a new way of life for 2021 which is characterized not by traditional long cuts but modern solutions that would give a new color to everyone’s lives. Starting with our education culture! A dra
Post a Comment
Read more 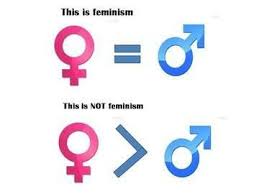 There are four groups of people, and they are: Feminist - who strive for equal rights, safety and protection; Misogynist - Who think that there should be a world only run by men; Misandrist who think that only women should rule and have all the rights; Pseudo-feminist -who think they are feminists but have a different goal altogether!They think that degrading men and spreading hate against a specific gender is defined as feminism, they even degrade and objectify women. We all know that the first thing that strikes our mind after hearing the term feminism is “woman”, their safety, security and giving special rights to them but in reality, this is what a pseudo feminist demands. A feminist asks for equal rights, protection and opportunities! All they demand is equality between two different genders. I have seen many people treating people badly under the name of feminism, I have heard stories and read articles where in innocent boys are victims just because of some girl files fal
Post a Comment
Read more

MEDIA AS THE FOURTH PILLAR OF DEMOCRACY – FREEDOM OF PRESS 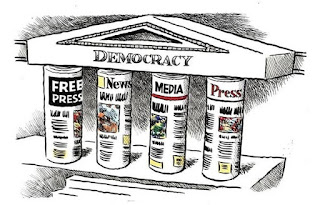 INTRODUCTION “Demos” means “people” and “Kratos” means “rule”. Butwhat if rules are governed by the opinion of a single person/party? The simplest answer to this question is, it will start a dictatorship/communism. For preventingthis to happen, the basic principle of democracy came to the form which says “rules and government are by the people, of the people, for the people”. Since the concept revolves around the people. The voice of people matters a lot, and to acknowledge their voices the concept of media is being followed. Media is one of the pillars of democracy among 4(The other 3 pillars are the legislature, executive, and judiciary.) on which the concept of democracy is established. Media shapes the thoughts of the public(personally and politically) in many ways. Article 19(1)(a) of the Indian constitution provides Freedom of speech and expression which also contains freedom of the press. There is no specific provision ensuring freedom of the press but it is regarded a
9 comments
Read more
More posts